Business and Household appliances have more than tripled over the last 20 years.

Almost everything works on electricity which produces a toxic electromagnetic field around it of approximately 50 Hz.

Long term exposure to this electromagnetic radiation can be detrimental to your health creating illnesses. Two of the more serious illnesses attributed to EMF are Chronic Fatigue Syndrome and Cancer. Being aware of the recommended minimum distances and limited exposure times is very important to avoid possible health problems.

As Part of Julie’s Home or Business analysis, she will go over your electrical appliances with her EMF meter to check on safe distances.

It is considered unsuitable to have a meter box located on the outside wall of a room which is in constant use, e.g. a bedroom or lounge room. This can be discussed with your Architect or builder in the planning phase of a new building to ensure the meter box is located in the most ideal location.

In Existing buildings where the location is considered a danger there are several options:
Re positioning the furniture, making sure that your bed or lounge suite is not along that wall or does not sit in close vicinity..
Relocating a room, depending on space.
Relocating the meter box.

The outside wall of the garage, carport, corridor, hall, storage area and, as a last resort, the laundry, toilet or bathroom. 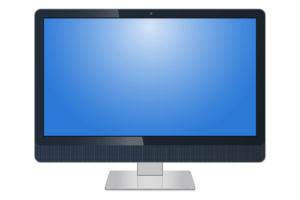 Most of us work about a metre from the computer screen, so that we can read the details displayed. Although this is not ideal our bodies can tolerate this for up to approximately 5 hours per day. The ideal is to take regular breaks from the computer to avoid continuous exposure to the radiation. Since this is also a good idea generally to ensure other injuries related to this type of work do not occur it should represent no hardship for most of us.

Where we spend excess amounts of time using a computer or watching television and sit too close to these devices, we may experience fatigue in the early stages and eventually health problems as a result.

Being aware is the key. 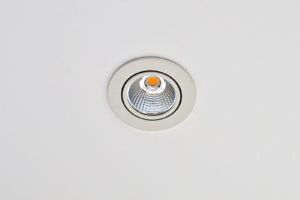 These are very popular in buildings these days, but they do require a transformer which emits 50Hz. A safe distance to be located is approximately 2 metres from the transformer. Sometimes every down light has it’s own transformer which will create even more EMF due to the numbers of transformers involved. These units can transmit EMF upward as well as downward. This can therefore affect any rooms situated above the transformers. A question you may like to ask is whether you have any bedrooms or other rooms in which your family spend large periods of time above such transformers in the ceiling.

These emit 50Hz EMF radiation. It is best not to sleep with them turned on. If you have to have them on the bed, use them to heat the bed and then switch them off when retiring. It has also been suggested that it is best to unplug them at the wall to be absolutely sure that there is no EMF emitted.

Heater of the waterbed

These units can emit 50Hz EMF radiation. In general the heater on a waterbed would have to be turned on most of the time to ensure the bed was comfortable. I don’t use one for this reason.

Some of the older models emit more than 50Hz so be aware of this fact. Keep a distance of at least 1 metre from the bed and yourself is advisable. I had one client that had one of these clocks and the EMF was higher than 50Hz and had suffered headaches and loss of sleep. Once this clock was removed everything improved. Stick to your battery clocks if possible as they generally cause fewer problems. 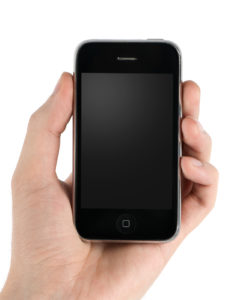 Whether mobile phones emit harmful amounts of EMF or not is a controversial debate at the moment The mobile phone has gained such wide spread usage that most of us feel that we cannot live without one these days. Yes, they do emit EMF but whether it is harmful is still an unanswered question. I tend to use a headset as often as possible and a car kit. From my perspective, why take the risk?

Air conditioners can emit as much EMF as a meter box. Where possible they should be located in similar areas to the meter box.